Back to the page

The SPV hybrid system at Afsanah Guest House in the International Township of Auroville, South India, is a perfect example of the versatility of the Quattro Inverter/charger units. At the start of the project in December 2011 the main objective was to silence a 75kVA diesel generator which provided the backup power for the guest house complex. This included three cottages, seven rooms (all air conditioned with electric hot water heater) the dining hall and the utility area. A three phase Quattro 10kVA supported by a 48V/1200 Ah battery bank was chosen to bridge the ordinary power cuts and, in case of severe power outages, start the generator automatically. 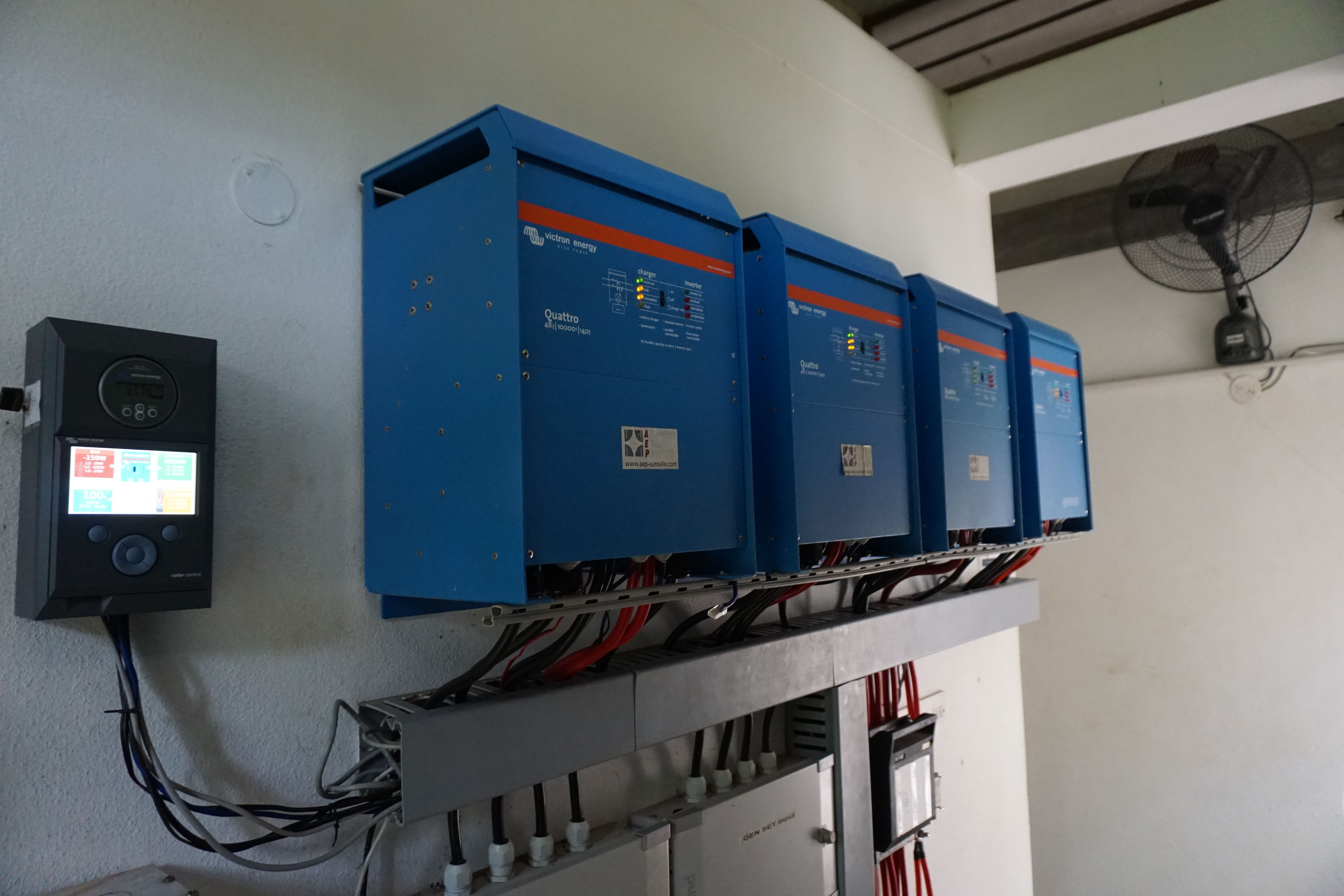 After gaining confidence in to the functioning of the system a 21kWp solar array was added in May 2012 via six units of Grid Tie String Inverters, all controlled and managed by the Quattros. The plant turned in to a standalone PV system with grid support and genset backup.

The next drastic change in power management came in August 2014 when the local state government introduced a feed-in tariff regulation allowing net-metering of energy used and produced at site, resulting in a minimum strain on the battery, and an almost obsolete diesel generator.

In December 2016 the intitially installed string inverters were then upgraded with a Fronius Symo-20 and integrated in to the control and monitoring software of Victron Energy to give a complete online overview, anywhere, anytime, of the plant performance (vrm.victronenergy.com/world).

The system was designed and installed by Auroville Energy Products. Auroville, India. More information at: www.aep-auroville.com 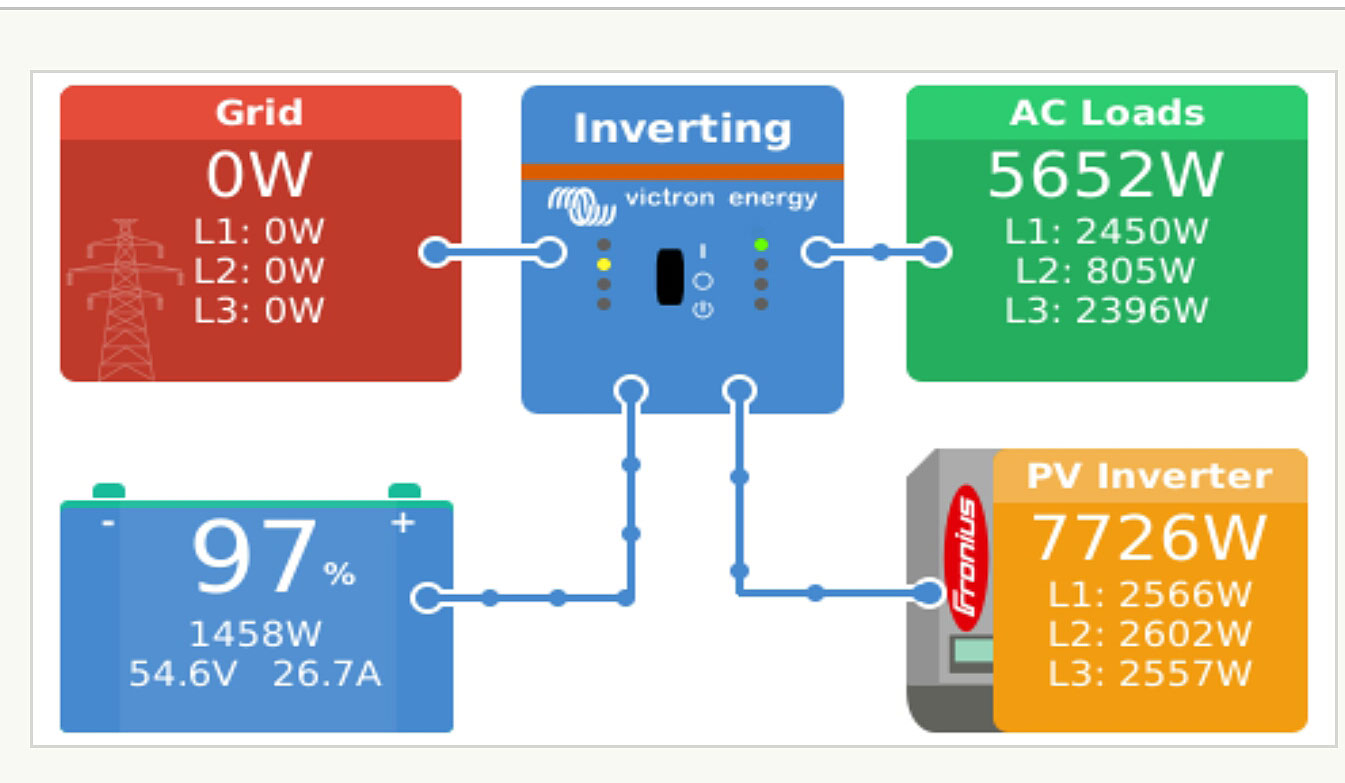 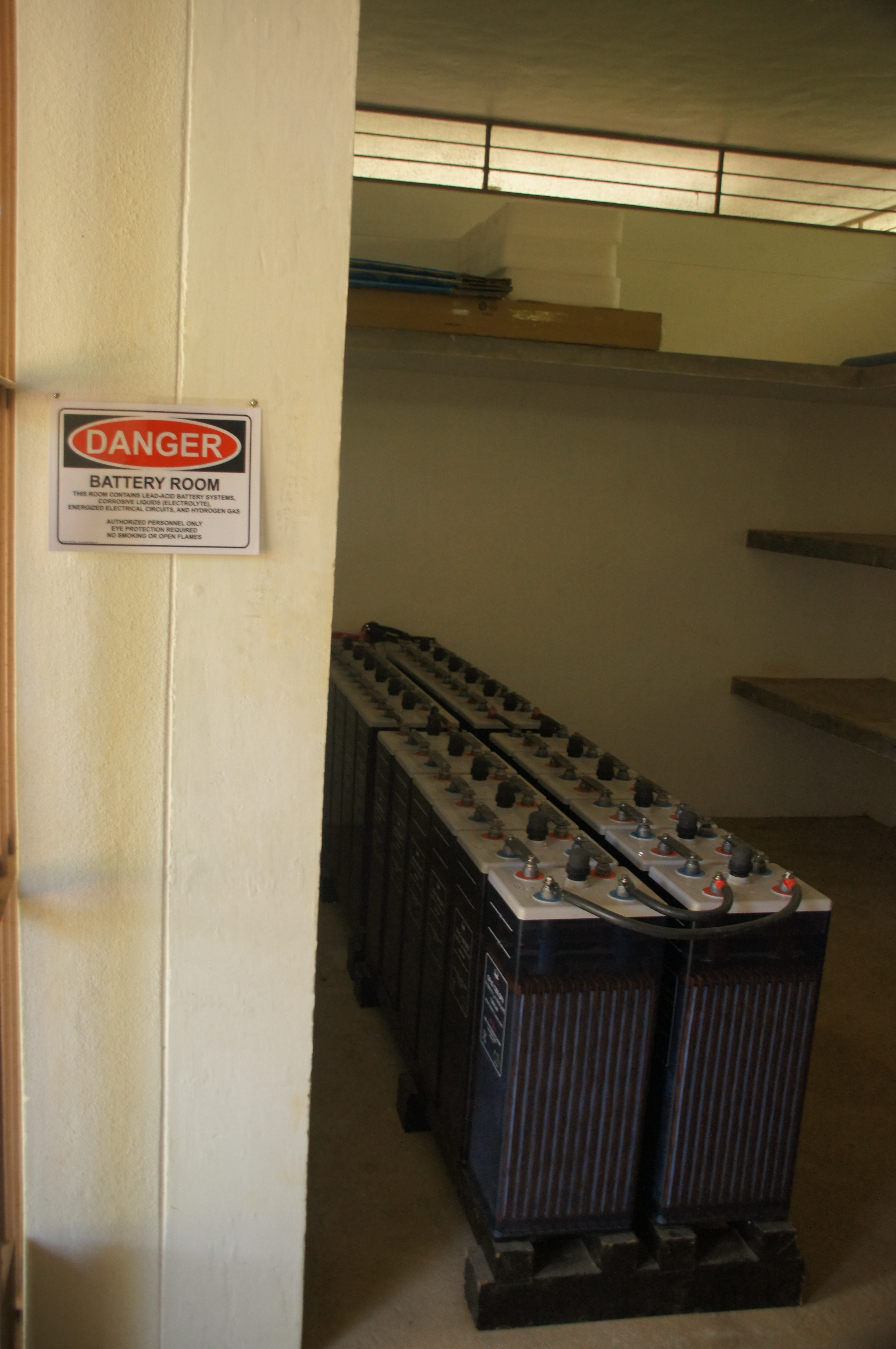